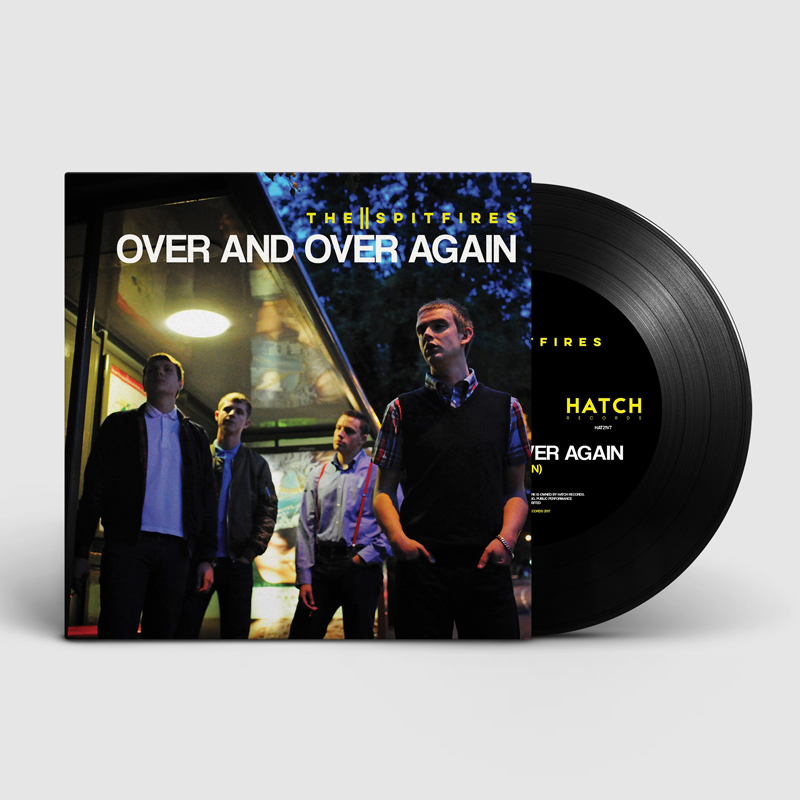 Over And Over Again 7-Inch Vinyl

Centre stage as always is front man and songwriter Billy Sullivan, who’s quickly proving himself as a bold and relatable new voice of a generation battling to get to grips with an increasingly widening wealth gap, an unstable global political landscape and the ups and downs of Brexit Britain.

The new single sees another change of pace for the band, built around the lead piano riff and tipping the hat deftly to Madness and The Specials in a modern take on the classic 2 Tone sound, sounding as fresh and contemporary as it ever did.

Commenting on the track, he said: “We recently had George [Moorhouse, keys] join the band and his ability and playing style has added something different. For me personally it's the most 'complete' song I've written and we've released to date.

“The lyrics are about being on a night out in some shitty club and the more you drink the more miserable you become. That thing of watching your mates have a good time when all you can think about is how bored you are with your own situation. Whether it be your job, where you live or your relationship. And how you can predict in 6 months down the line you'll be back in the same club, same time, feeling the same thing.”

The Spitfires might not see themselves as a political band, but their kitchen-sink dramas of disillusionment with modern society speak for themselves, and for the countless young people around the world who feel their voices and struggles are not being heard.

Taking influences from the likes of The Clash, Billy Bragg and The Jam through to Soul, Reggae and Ska, the band have released two albums to date. 'A Thousand Times' (2016) was the follow-up to the critically acclaimed debut ‘Response’ (2015) which saw the band enter high in the UK Album Charts and reach #6 in both the independent and vinyl charts, with the single ‘So Long’ charting at #1 in UK Vinyl Singles Chart. Their work ethic and powerful song-writing, mixed with their acute social commentary and lack of mainstream industry support, has made this fiercely independent band one of the most popular underground success stories in the UK today. This DIY attitude and independent spirit has earned them a dedicated following and sold out shows across the whole of the UK and Europe.